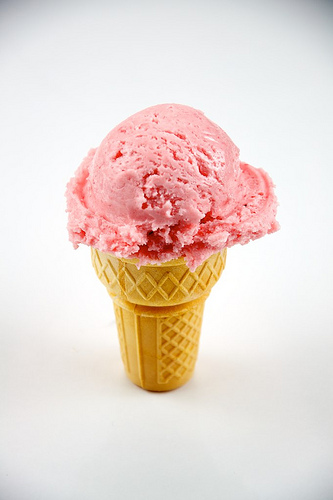 When you start a business, how do you know it will succeed? Clearly, you don’t – you can do as much market research as you want, write business plans, and try things – and ultimately, you don’t control the end result.  You can direct what you hope will happen, and then respond to the feedback that you get. And you need to believe in what you’re doing before anyone else (ever) does.

I listened to Biz Stone‘s interview with Terry Gross on starting Twitter today, and I was struck by his description of the early days of Twitter and how no one thought they could succeed. For about a year, the founders of Twitter built what was essentially a labor of love while their friends and family wondered if they were simply nuts.  Hindsight is 20-20, so it’s easy to declare them an overnight success now, but we should really remember that their overnight success happened over a period of 5+ years.

Ideas are a dime a dozen (or maybe a dollar with inflation.)

One key takeaway I have from the Twitter experience is to acknowledge that ideas are cheap – whatever idea I or you have is probably being duplicated by 10-15 other people even in the same city where we live right now. That doesn’t mean you should give up on your ideas (I have a mental list, and then a physical list of ideas that I keep for my next inspiration) but it does mean that you shouldn’t treat them as truly your own until you act on them.

Twitter didn’t start out as a world-changing information service – it started as a podcasting service, then evolved as a side project.

You won’t get it right the first time, so try to do that part as quickly as possible.

A developer friend of mine once told me that when he develops software, he assumes it’s a “1.0” version, and then throws away his code at the end of the first try. At first I thought this was very wasteful, and then realized that it was brilliant – he freed himself to make many of the mistakes that a “finished” product wouldn’t have.  And then did it again.

Twitter is evolving constantly, and engaging its users to define many of the features and functions that will make it successful.

Business should be about combining fun with profit – too much of either and it’s tough to make a business.

Biz mentioned in his interview about Twitter that initially people were confused and didn’t know what to make of the idea of thousands or tens of thousands or millions of people telling each other about “nothing.” And he hit on a brilliant way to describe it, saying that “ice cream is about nothing – should we ban ice cream?” There are many things in life that are simply fun, even if the operational underpinnings behind the businesses that deliver that product or service are all about the traditional goals in business of making money. So here’s the takeaway – business should be a little of both – depending upon where you fall in the spectrum, you might think that your business should have more fun or more profit, but it’s extremely hard to have a successful business without either of those things.